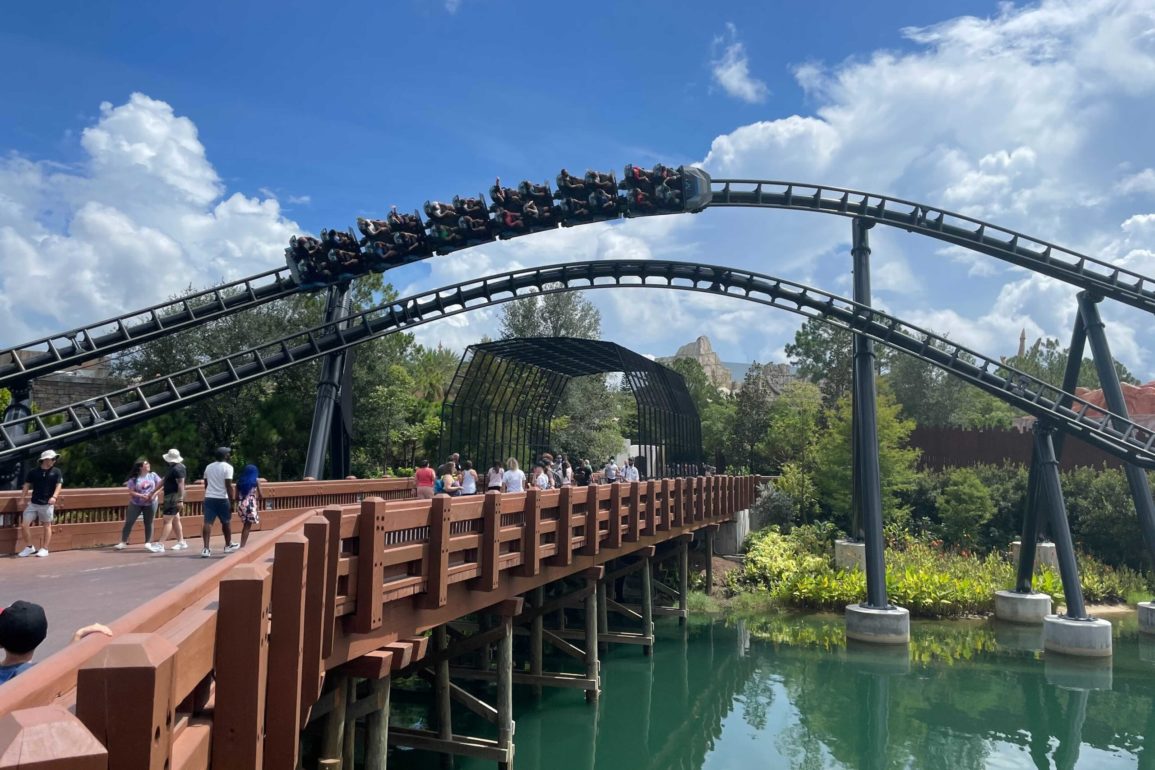 The bypass bridge connecting Jurassic Park and Lost Continent has reopened today with a protective cage, giving us an up-close look at this section of the VelociCoaster for the first time since guests have been allowed to ride.

While the bridge opened briefly in March while VelociCoaster was testing, it has been closed since the ride started running with guests on board. Today the bridge re-opened with a protective cage underneath the parts of the track that feature inversions near guests.

The bypass bridge allows guests to get from Lost Continent to Jurassic Park without going through Hogsmeade.

The bridge itself has been completely renovated.

Here is a closeup look at the protective cage that covers a portion of the bridge.