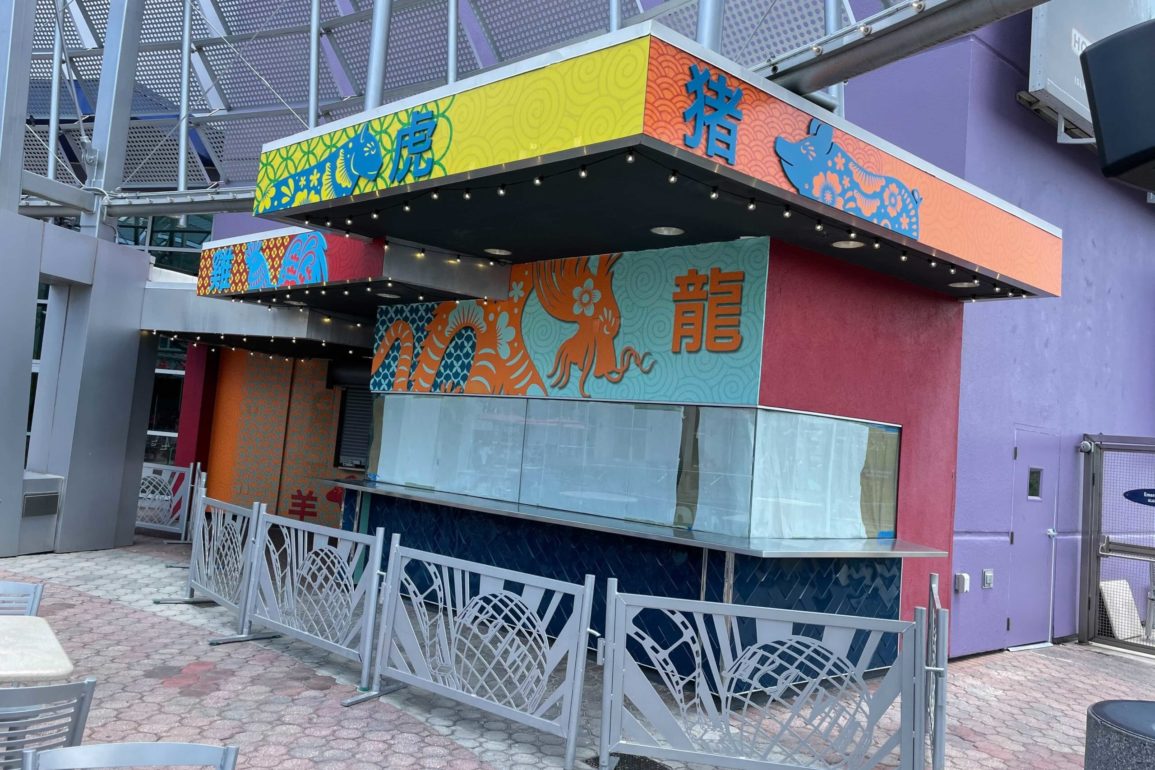 The Fusion Bistro Sushi & Sake Bar food kiosk closed permanently at the end of April earlier this year. Since then the location has remained empty, and no plans have been officially announced for a replacement. Universal has only confirmed that it will be another quick-service option. Today we noticed new art and decor put up on the kiosk.

Artwork of a rooster, dragon, tiger, pig and goat can be seen throughout the location – possibly referring to the Chinese zodiac.

The kiosk is located on the upper level of CityWalk, near other popular food options.

We assume by the artwork and theming that whatever is coming to replace Fusion Bistro Sushi & Sake Bar, it will still be more Asian-style cuisine.

It will be wise for Universal to open this soon to go along with the other Asian-style food offerings now available in booths around Universal Studios in celebration of the Tokyo Summer Olympics.

What type of menu offerings do you think will be coming to this kiosk location? Let us know your thoughts in the comments below.