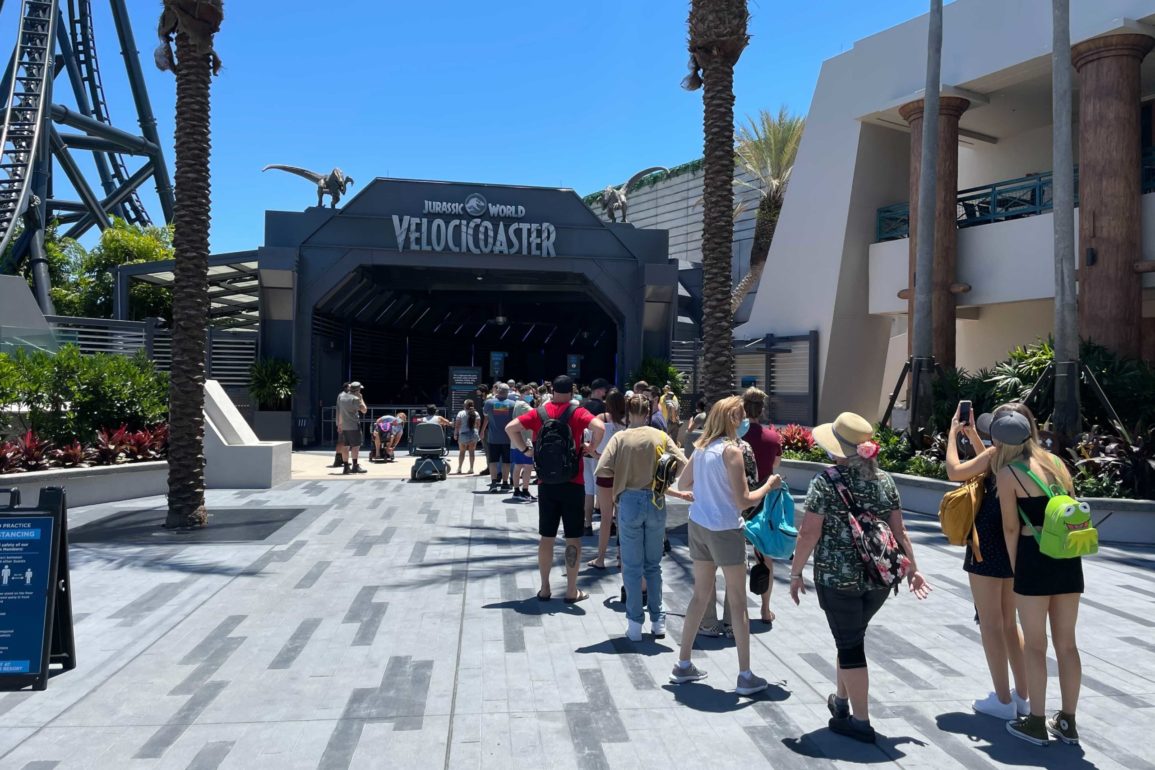 We got to finally join the hunt on Jurassic World VelociCoaster at Universal’s Islands of Adventure earlier this week during Passholder Previews. With previews over, the attraction closed, seemingly for a month before its grand opening on June 10. Yesterday, rumors of a soft opening didn’t come to fruition, although we saw Cast Members setting up for one. This afternoon, however, the ride was opened to guests!

The sign for the coaster still advertises its June 10th opening.

Guests flooded the walkway leading to VelociCoaster before being able to organize into a line.

Cast Members and velociraptors welcomed us.

Have you had the opportunity to ride Jurassic World VelociCoaster? Let us know in the comments.