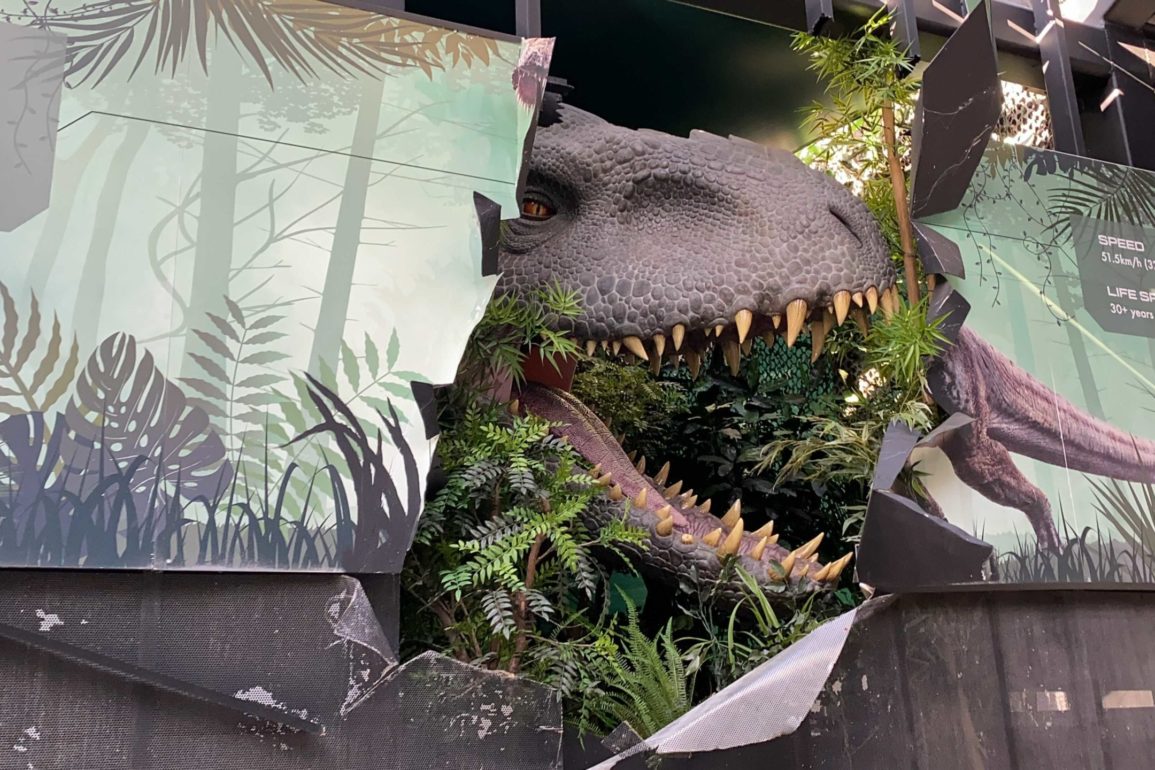 Universal Studios Hollywood in California is preparing for its official reopening on April 16th, and a new, fearsome audio-animatronic has arrived at the park. Originally intended for the 2019 opening of Jurassic World – The Ride, the Indominus Rex has finally been added.

The ride was in technical rehearsal during “Taste of Universal” and we were able to get on and sneak a peek of the terrifying dinosaur in action.

From the queue you can spot construction on Super Nintendo World.

The incredible Mosasaurus is seen in its underwater tank.

The broken and abandoned gyrosphere along with the claw marks on the walls signify that things are getting dangerous in Jurassic World.

At 55-feet wide and 22-feet tall, the enormous Indominus Rex is a terror to behold. She moves her arms, claws, eyes, and jaw, intimidating riders.

Like Disneyland Resort, Universal Studios Hollywood is only selling tickets to California residents at this time. For more information about the reopening, check out their website.

Follow along with UPNT for more about Universal Studios Hollywood’s reopening.