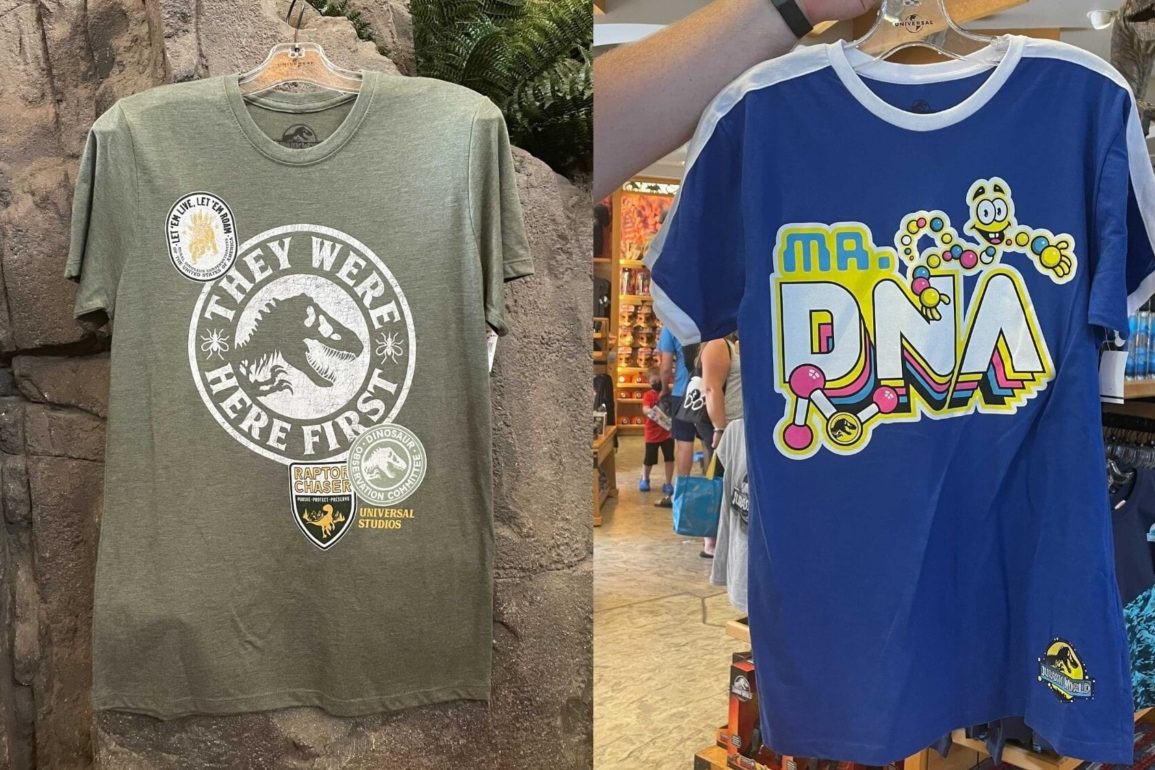 With the grand opening of Jurassic World VelociCoaster on the calendar for June 10th, we stopped by Jurassic Park at Universal’s Islands of Adventure today to check in on the dinosaurs. We found two new Jurassic World shirts on a break from watching the lucky Team Members preview the new ride.

“Mr. DNA, where did you come from?” From the DinoStore at Universal’s Islands of Adventure! This bright blue shirt stars the fan-favorite Mr. DNA, first seen in Jurassic Park as part of Dr. Hammond’s explanation for the existence of dinosaurs.

The soccer-style t-shirt has bold white stripes down the shoulders.

A unique Mr. DNA version of the Jurassic World logo is on the front of the shirt.

Did you want to join Claire Dearing and save the dinos in Jurassic World: Fallen Kingdom? Declare your support for the cause with this new army-green tee.

The classic T-Rex logo is surrounded by white text declaring, “They were here first.” You can find this shirt in the new VelociCoaster store in the Jurassic Park Discovery Center.

The logo also contains a shout-out to the original dino-DNA source: the mosquito.

Two more badges show support for the Dinosaur Observation Committee and share your status as a Raptor Chaser.

What do you think of these new Jurassic World t-shirts?