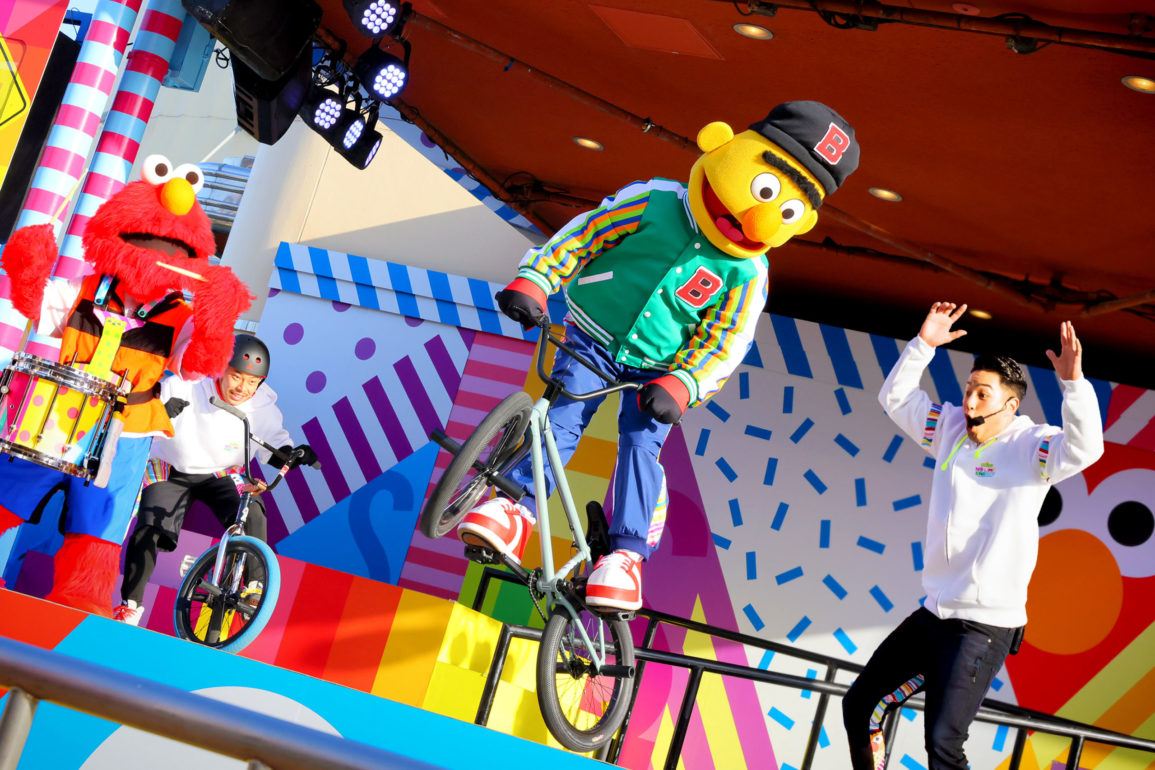 Sesame Street-themed street shows have been a tradition for a decade now at Universal Studios Japan, and this year is no exception! To celebrate the park’s 20th anniversary, the show features Bert, Ernie, and Elmo each performing special new talents in Sesame Street NO LIMIT Energy in the New York area of Universal Studios Japan! Bert has rather fearfully taken up BMX while Ernie effortlessly rollerblades by, and it’s really quite impressive to see these costumed characters take on stunts. Don’t believe us? Well, you can watch our video in crystal-clear 4K courtesy of our YouTube channel!

Sesame Street shows at Universal Studios Japan normally take on strange forms, including last year’s surprisingly excellent Sesame Street Afrobeat show, and Bollywood the year before. Be sure to let us know what you thought of Bert and Ernie’s stunts in the comments below or on our YouTube channel!