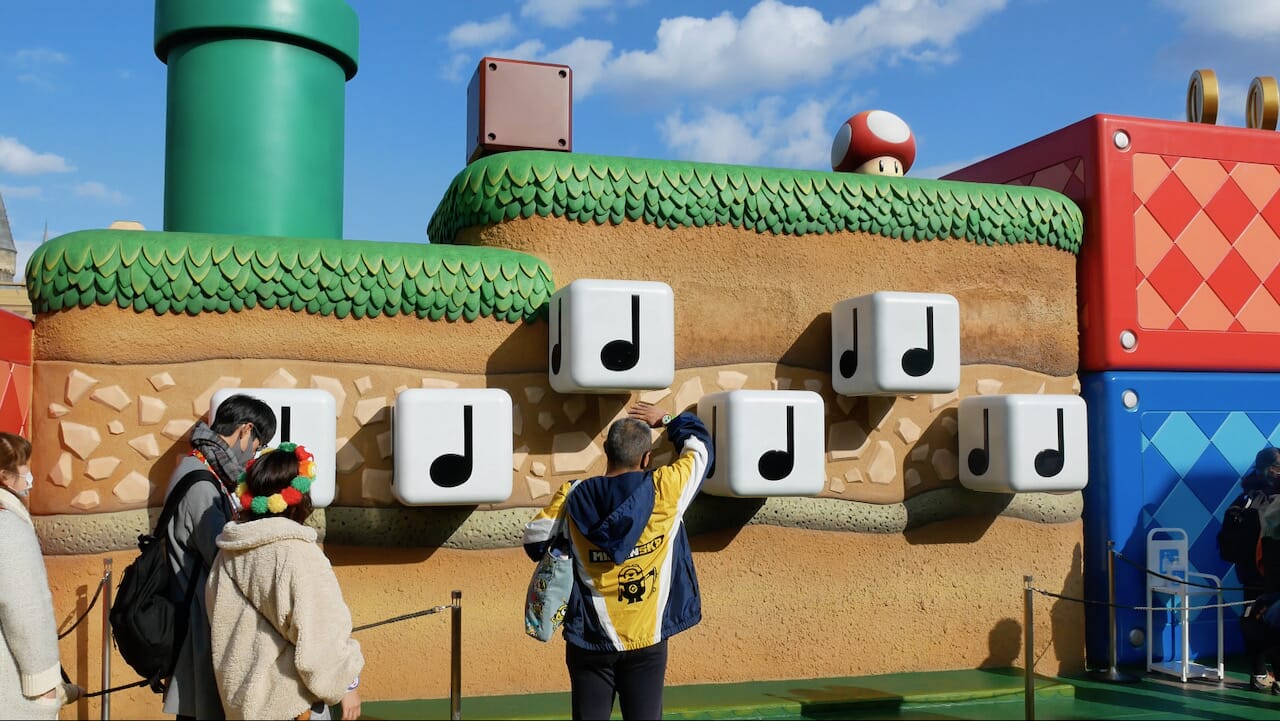 While there’s so much to see and do in Super Nintendo World, one activity has quickly become a fan favorite: playing the music block songs on Note Block Rock. As a matter of fact, there are six songs, each corresponding to a different color. Plus three more secret songs that only play when one of three specific colors is on deck. Ready to learn the basics? Spencer will teach you five of them right now on YouTube, just press play down below!

For those of you that missed it, the classic songs and their colors are as follows:

Now you’re ready for the extra special information… the three secret songs! You have to watch for the right colors and know exactly which ones to hit in which order. I won’t list them here, so you’ll have to memorize the video for yourself!