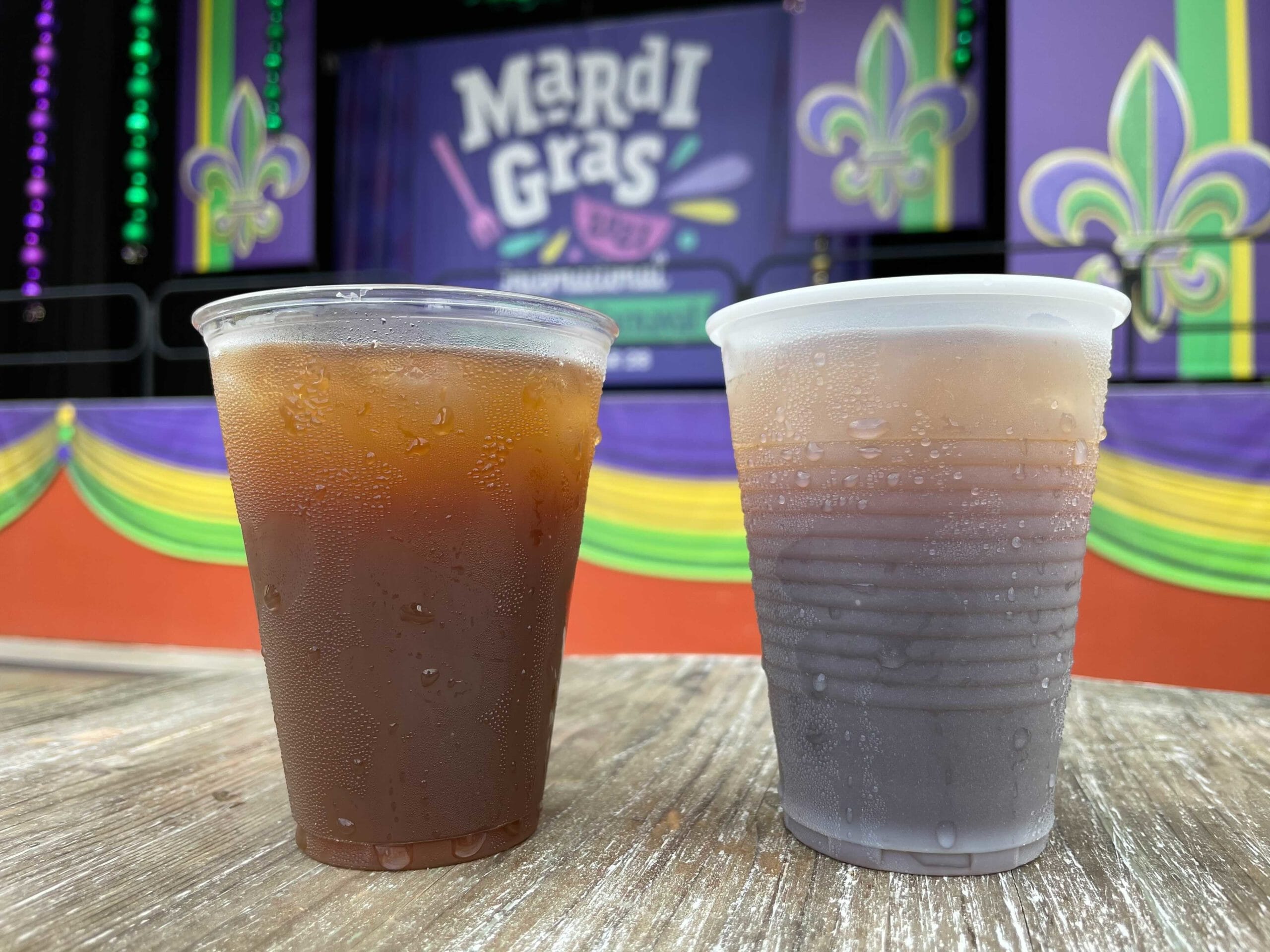 Two new coffee drinks join this year’s array of Mardi Gras treats at the Universal Orlando Mardi Gras 2021: International Flavors of Carnaval. The Bourbon Street Coffee is an alcoholic coffee beverage, and the Vieux Carré Coffee is the non-alcoholic option.

The coffee drinks are served alongside beignets at a New Orleans booth next to Brazil and Colombia, right next to Gramercy Park.

We don’t even think this drink tastes like coffee at all, but strangely enough, just like lemon juice. At first sip, it was such a surprise because you really taste straight lemon. We thought maybe it was just the top, but it was lemony throughout the entire drink. The Bourbon Street Coffee drink did have a slight whiskey flavor, but the coffee flavor is almost nonexistent. If you handed us this drink without knowing what it was, we never would have guessed it was supposed to be coffee.

The non-alcoholic version of the coffee beverages is the exact same, just without the whisky.

The Vieux Carré Coffee isn’t much better than the first drink, but if you try really hard, you can sort of taste the king cake syrup. The lemon flavor truly takes over both of these drinks. We would not order either of these again.

We recommend skipping the coffee for now and heading right to the beignets. If you are still wanting a caffeine fix, we recommend the Affogato that can be found at the Italy Tasting Booth.

While we don’t recommend these two beverages, we do suggest checking out this Mardi Gras Moon Pie, also at Universal Studios Florida.

Will you be braving one of these beverages at this year’s Universal Orlando Mardi Gras? Let us know in the comments below.