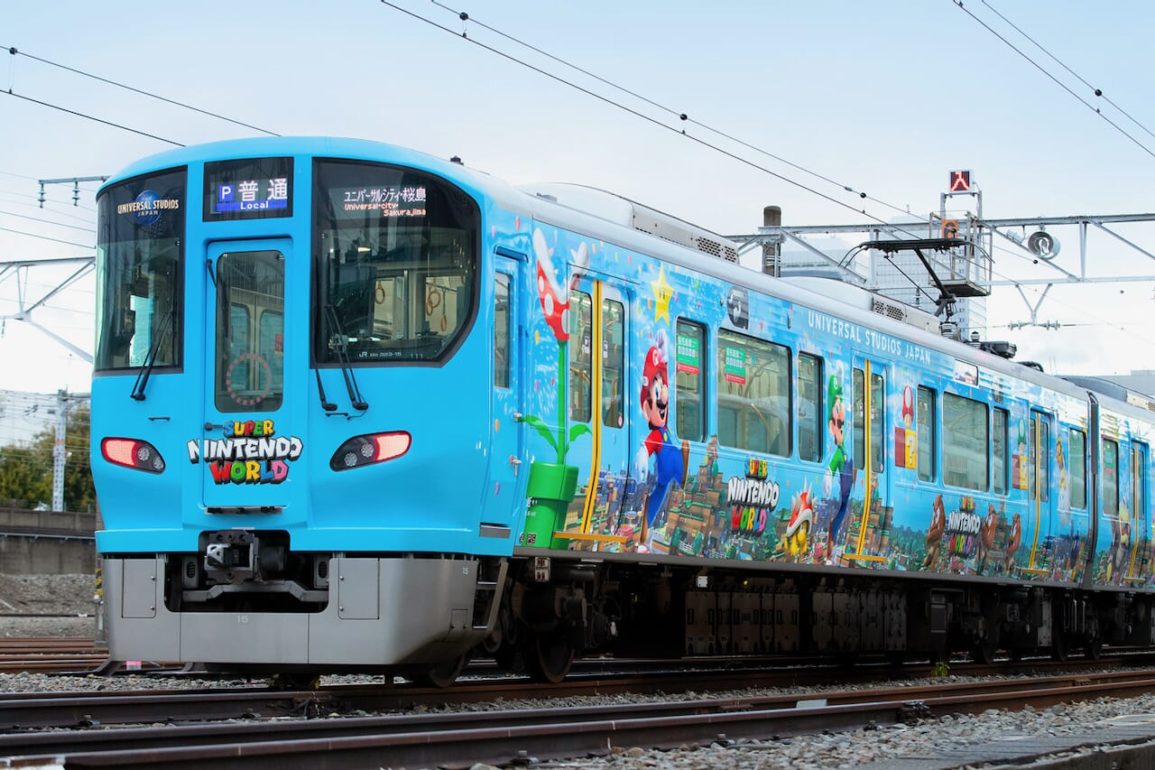 We may not know exactly when Super Nintendo World will open to the public, but we do know that Universal Studios Japan is itching to go and they’re ready to show off the exciting expansion to the world! As part of this effort, Universal Studios Japan has partnered with JR West, a local railway company, to fully wrap a commuter train in art and characters from Super Nintendo World and the Super Mario series!

The new train entered service on January 27th, and runs on the JR Yumesaki Line, which directly serves Universal City station, as well as the connecting JR Osaka Loop Line, one of the busiest rail lines in the Kansai area.

The wrap (unfortunately not decorated inside as well) features a number of popular characters from the franchise, including Mario, Luigi, Peach, Daisy, Toad, Toadette, and Yoshi!

A few cars also have imagery of some franchise-famous baddies, including Bowser and some of his Koopalings!

The train is on an open-ended run around the Osaka area, so there’s a good chance you might spot it during your travels! The Wizarding World of Harry Potter and Universal Wonderland wrappings, introduced in 2014 and 2012 respectively, lasted until their train types were retired in 2019. So if you happen to visit Osaka in the next few years, keep a sharp eye out when you ride the JR Osaka Loop Line or the JR Yumesaki Line!