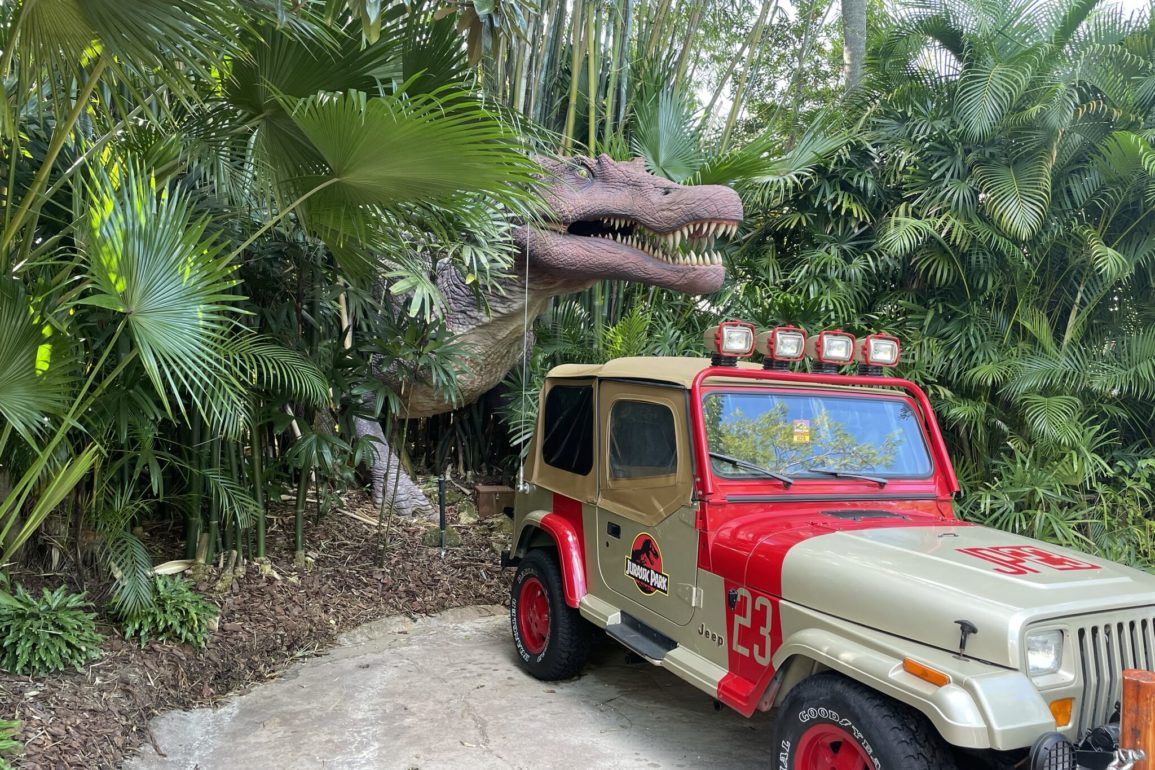 Welcome to another wonderful day here at the Universal Orlando Resort. The parks were busy today, but they did not reach capacity. We started off at Universal Studios Florida to check out the reopening of the Revenge of the Mummy after a brief refurbishment.

The queue was full and the app said the wait time was 225 minutes, but the ride had technical issues and ended up closing until later in the day.

Before things got too busy, we decided to stop into Richter’s Burger Co. and have lunch. This Mushroom Swiss Truffle Burger was amazing and we can’t believe we’ve been missing out on this. We also liked that the condiments were served in a plastic bag on the side.

The park wasn’t as busy as we expected in the morning, but wait times jumped up quickly in the afternoon. It wasn’t until much later in the day that the crowds started to arrive.

New props have arrived in the Williams of Hollywood Prop Shop. They’re labeled as props from Barney, but we think they look like they came from the Hello Kitty Store.

The old Ben & Jerry’s location recently started getting remodeled, but they’ve now covered the windows so we can’t see in.

As we made our way through CityWalk, we stopped in the Universal Studios Store and found a new retro chocolate E.T. is available. This is a great addition to the other retro packaged candy.

We made our way over to Islands of Adventure next.

It got much busier in the afternoon, but the crowds were still manageable.

Some of the fencing has been removed around the patio behind Hog’s Head and Three Broomsticks. There is a small construction wall up blocking off that area.

Several rides would be at capacity later in the day. The line will be closed off and reopened once the queue has cleared out a bit.

The plexiglass dividers have been returned to Green Eggs and Ham.

Valentine’s cookies have arrived at Island Market and Export.

Honeydukes chocolate bars are on sale 2 for $9.

The Port of Entry Christmas Shoppe has Earl the Squirrel merchandise available, but it is still full price.

We’re gonna get out of here, so that’s all for today. Thanks for exploring the parks with us. We’ll be back again soon so be sure to stay tuned for all the latest updates!

Previous
RUMOR: “A Day in the Park With Barney” Closed Permanently at Universal Studios Florida