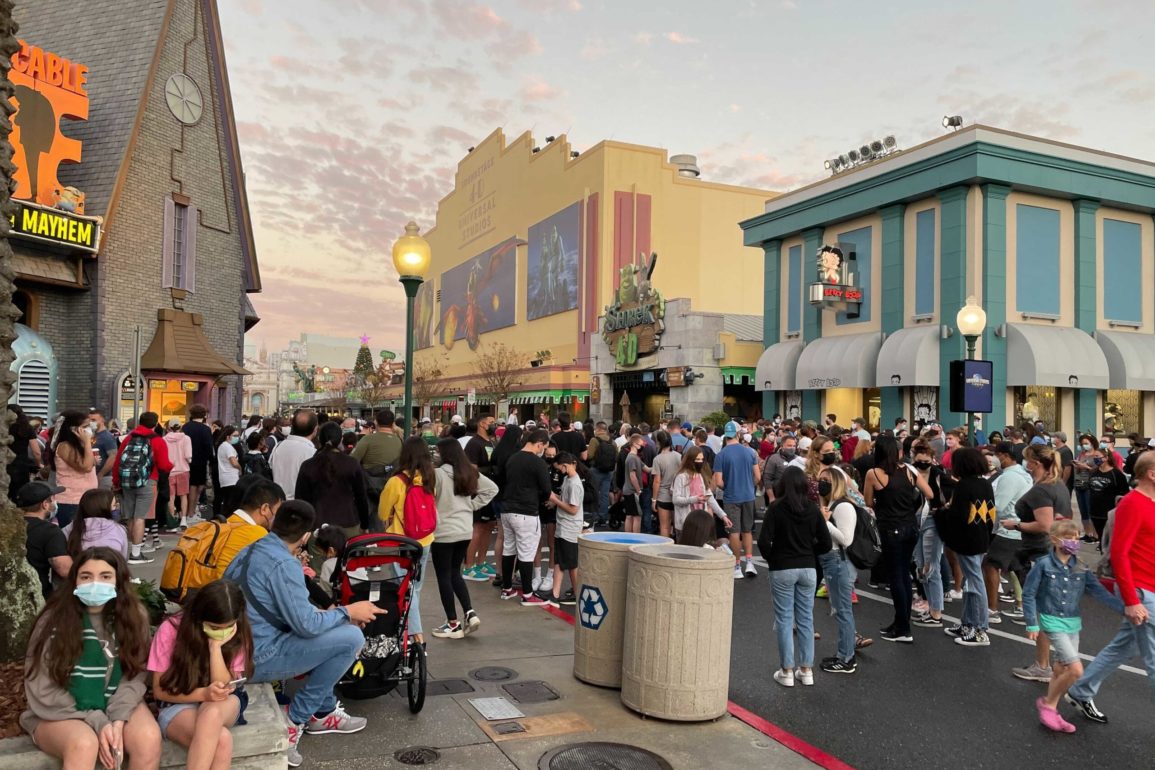 Universal Studios Florida and Universal’s Islands of Adventure have been reaching capacity almost daily for the past two weeks. The crowds seem even worse today for New Year’s Eve, though Universal Orlando Resort has not yet announced the parks are closed.

We were at Universal Studios Florida bright and early, as was seemingly everyone else.

Crowds were pouring into the park for early admission at 7:00 AM, though not everyone had access to this extra hour.

It only got worse as the sun rose, despite the fact that no special entertainment is planned for New Year’s Eve.

The streets were getting packed around the park’s entrance.

A Team Member pulled his mask down to tell people not to crowd and to stand to the side if they don’t have Early Park Admission.

We got through with our early admission, leaving behind a huge crowd of waiting guests.

People were waiting for Fast & Furious Supercharged, one of the least popular attractions in the park.

The gates were soon opened to regular guests.

By 8:00 AM, the line for Harry Potter and the Escape from Gringotts stretched out of Diagon Alley onto the London street.

There was a two hour wait for the wand experience in Ollivander’s Wand Shop.

The line for Transformers: The Ride stretches down a New York street.

Extended queues have been set up outside some attractions.

As of 10:30 AM, the parks are apparently not at capacity. Keep checking Universal Parks News Today for updates.

Previous
REVIEW: New Year’s Donut at Voodoo Doughnut in Universal CityWalk Orlando Is So Bad, It Belongs in 2020