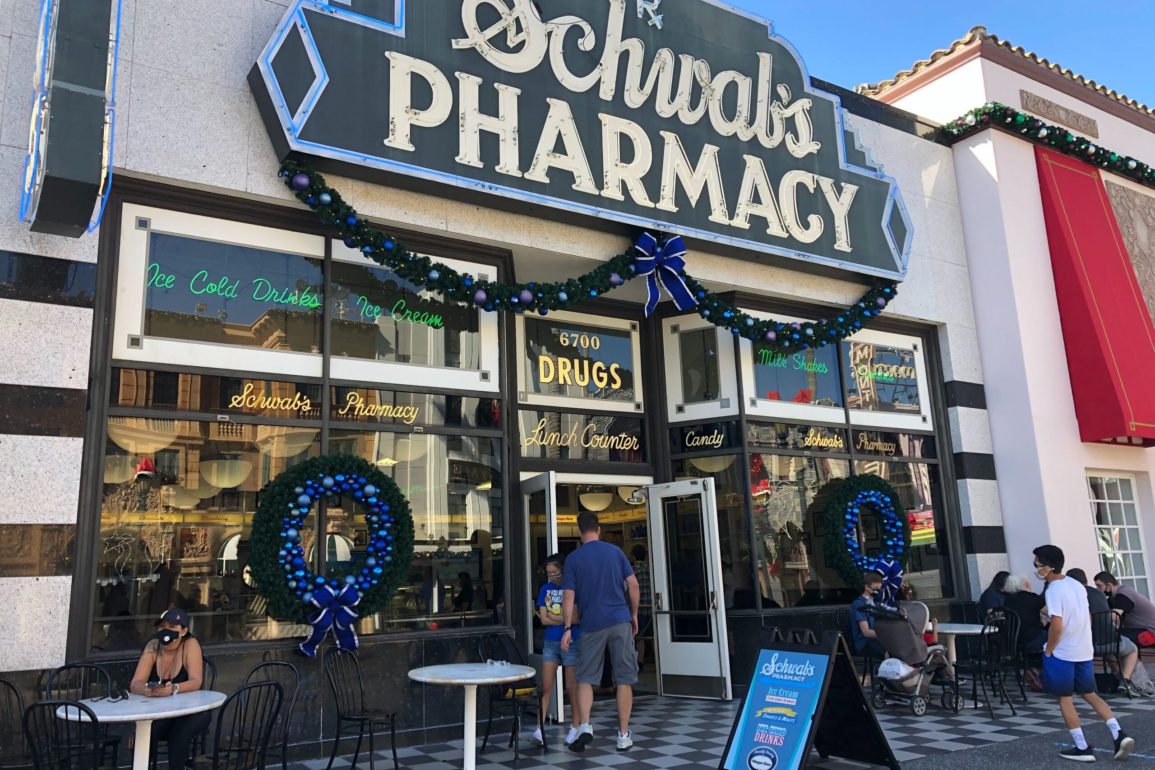 Schwab’s Pharmacy in Universal Studios Florida has reopened. This soda-fountain ice cream shop is across from The Bourne Stuntacular in the park’s Hollywood area. Fans might be sad to hear, however, that Schwab’s is no longer selling Ben & Jerry’s ice cream, and will instead be serving Haagen-Dazs from now on.

According to Team Members, Universal’s contract with Ben & Jerry’s has ended and Ben & Jerry’s ice cream won’t be served anywhere on property anymore.

Inside, Haagen-Dazs has completely taken over. You can get some hand-scooped ice cream for $7.99 in a cone or $6.99 in a cup. There’s also soft-serve, sundaes, and splits.

After getting your ice cream, you can then choose your toppings, which are an additional $1.49 each.

There is some counter seating available.

Even the light-up signs circling the restaurant have been updated to say “Now Serving Haagen-Dazs.”

We then had to go check in on the main Ben & Jerry’s location inside Universal Studios Florida.

Ben & Jerry’s is in the New York section of the park.

It remains shuttered although there’s still a sign on the sidewalk pointing guests inside.

Through the windows, we couldn’t see any signs of construction or removal of Ben & Jerry’s imagery. But if the Team Members we spoke to are correct, we might see some refurbishments here soon.

Are you sad to see Ben & Jerry’s go or do you love Haagen-Dazs? Let us know in the comments below.

Previous
PHOTOS, VIDEO, REVIEW: The NEW Universal Holiday Tour is a Great Value – Hang Out With The Grinch, Eat Unlimited Christmas Cookies, and Get a Private Viewing of “The Magic of Christmas at Hogwarts Castle” Show