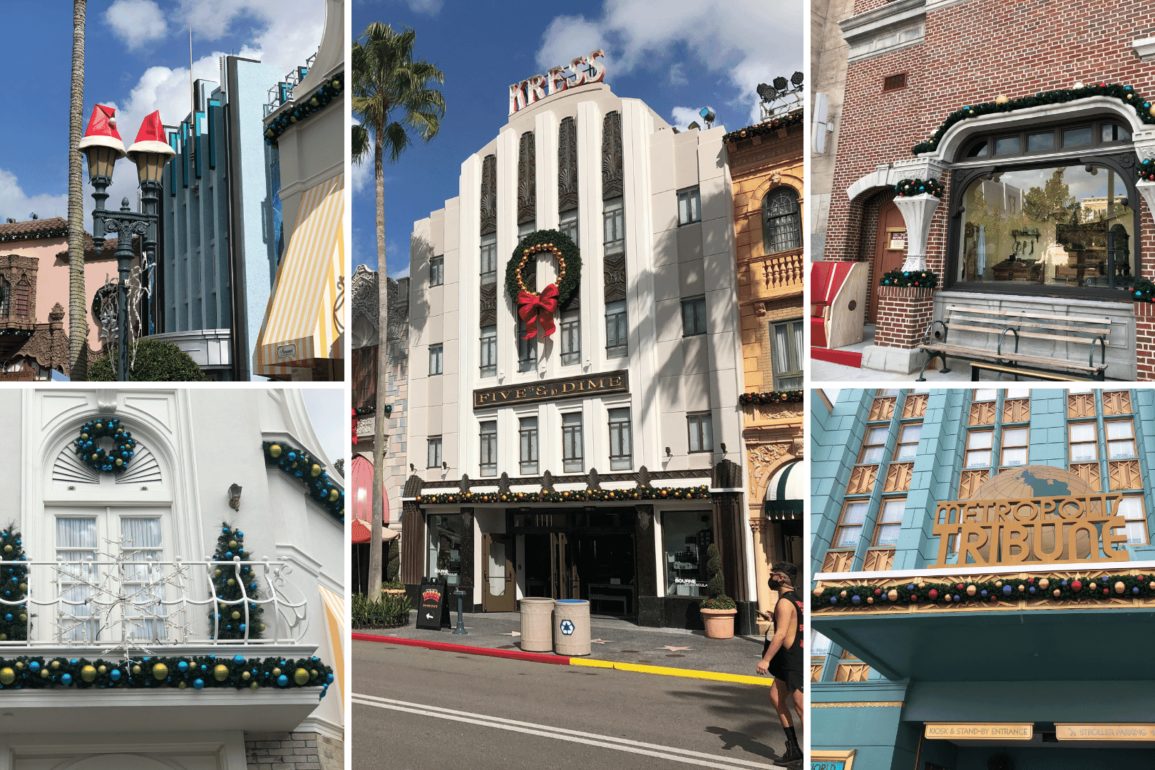 After the witches and wizards of Diagon Alley began to decorate for the holidays, the rest of Universal Studios Florida is following suit. The Production Central, New York, and Hollywood areas of the park have received some touches of Christmas.

The Metropolis Tribune has some classic garland above its entrance.

More garland is on the brick building next door.

Williams of Hollywood, which recently reopened, also had some garland by the entrance.

Bows accent the garland at Ralphs, and a red wreath hangs on one of the second floor windows.

There’s a giant wreath on Five & Dime too.

One of the cutest details in the Hollywood area are the Santa hats on lamps.

The lampposts also have Christmas light structures yet to be lit.