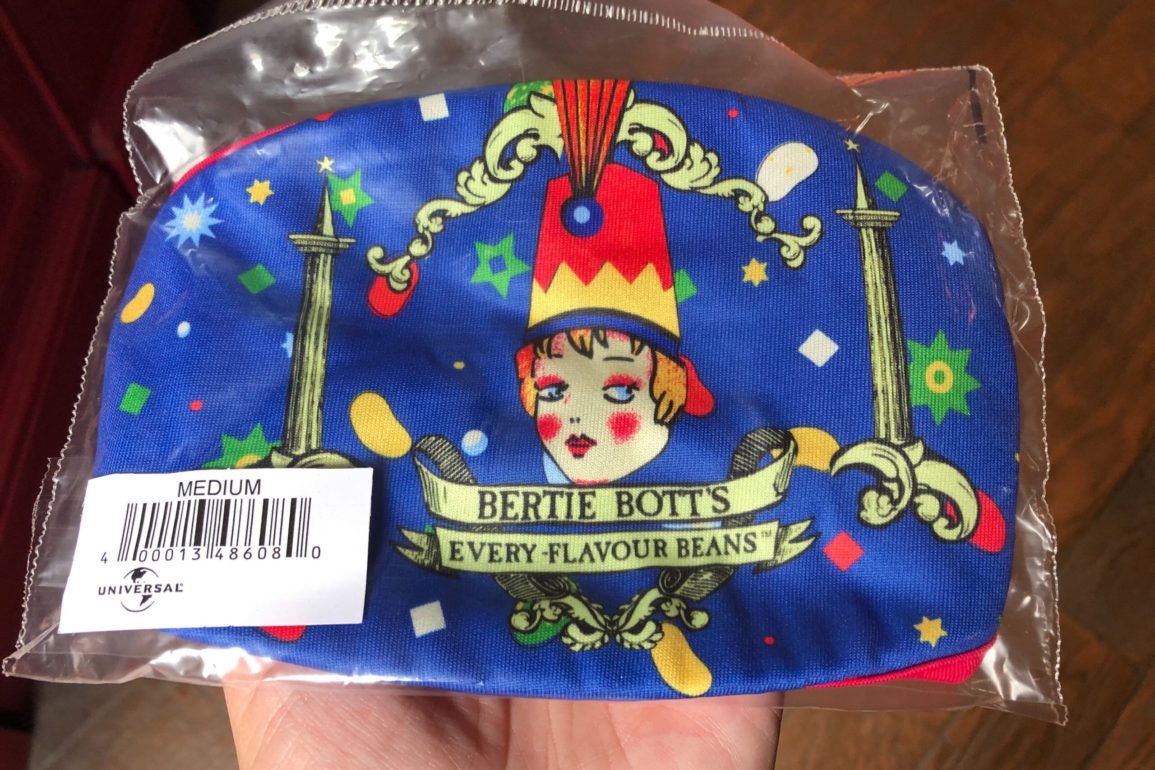 If you’re a fan of Bertie Bott’s Every-Flavour Beans, there’s a new way to show your love at Universal Orlando Resort!

A new face mask has arrived, joining the red and white-striped mask that premiered last week.

The blue mask features a lady wearing a festive hat (similar to what’s on boxes of Bertie Bott’s Every-Flavour Beans around The Wizarding World of Harry Potter), as confetti and beans fall around her.

It’s a colorful and stylish way to stay safe around Hogsmeade and Diagon Alley.

The mask also has a red trim around the edges and the ear loops.

The mask retails for $6.00 or four for $20.00. (It’s a less risky proposition than a box of beans. Masks don’t taste like snot or earwax… at least not right out of the package.) We found it in both Honeydukes at Universal’s Islands of Adventure, and Weasley’s Wizard Wheezes in Universal Studios Florida.

What item from the Wizarding World would you like to see on a face mask? Let us know in the comments below!

Previous
REVIEW: Sink Your Teeth into the New Strawberry Stolen Teeth Tart from the Tribute Store at Universal Studios Florida