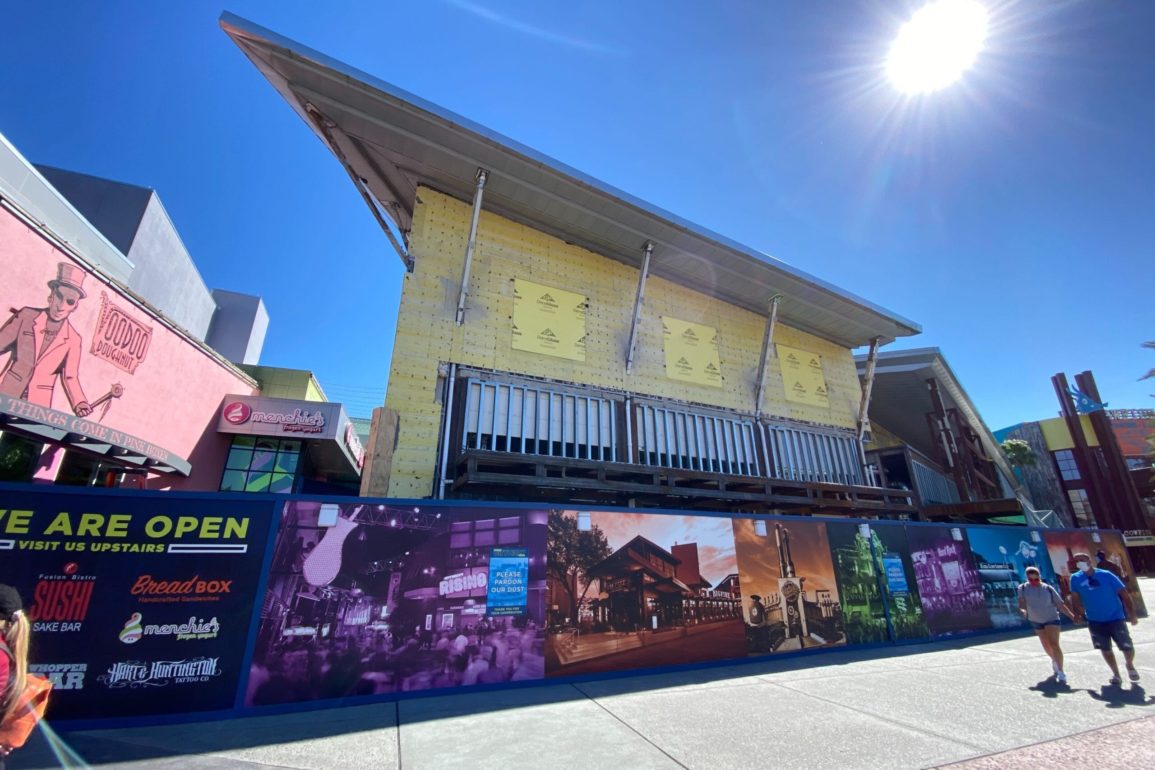 The Universal Studios Store will soon have a new home at Universal CityWalk Orlando, and “production” on the new space is well underway.

As we entered CityWalk from the main entrance, we could see plenty of metal framework up around the exterior.

It’s very possible that the building could be expanded during the construction to better accommodate the flagship store.

More framework can be found as we turn the corner towards the entrance to Universal Studios Florida.

A tarp is covering part of the lower beam that will likely serve as an entrance roof or canopy.

As we near Voodoo Doughnut, the exposed exterior is very visible.

Clearly, this is a construction project on a massive scale for CityWalk.

Less work looks like it’s been done on the side of the building facing the quick-service dining corridor, but given the scope of what’s being done, there may be plenty of time for that to change. Between this and the Jurassic World VelociCoaster, there’s plenty of fun coming to Universal Orlando Resort.

Keep reading WDWNT and Universal Parks News Today as we continue to cover construction on this new project.