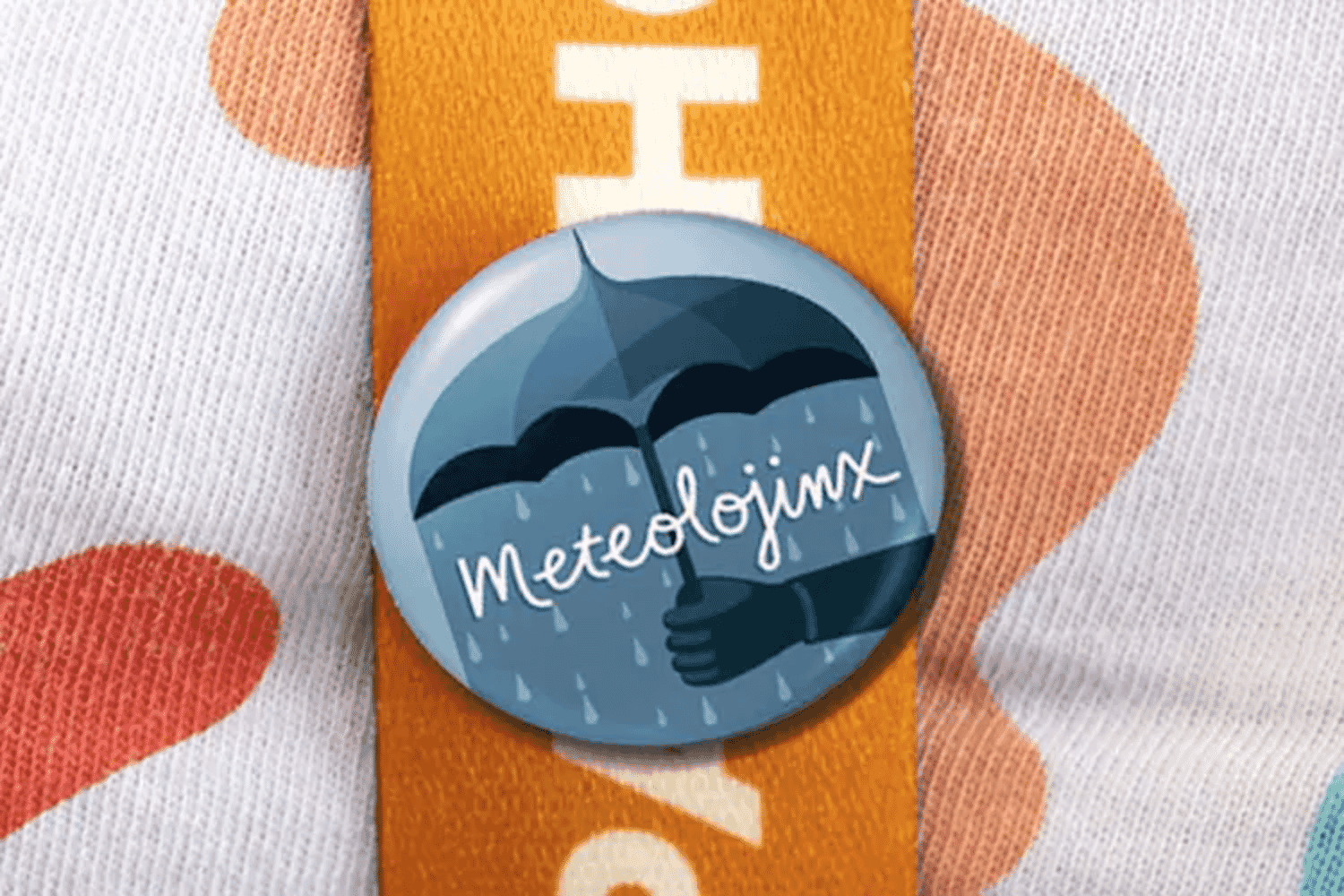 Universal Orlando Annual Passholders will be able to grab a new Harry Potter button and map as part of their exclusive November perks.

The button has the incantation “Meteolojinx” with a hand holding an umbrella, with rain falling beneath the umbrella. “Meteolojinx” is a weather-altering charm in the Harry Potter universe. Guests can cast the charm in The Wizarding World of Harry Potter – Diagon Alley with an interactive wand to make rain fall from an umbrella near Gringotts.

In addition to the button, Annual Passholders can get an exclusive new map designed by House of MinaLima. Universal describes the map like this:

Explore The Wizarding World of Harry Potter™ at Universal Orlando Resort. This brand new map features Hagrid’s Magical Creatures Motorbike Adventure™ and was designed by House of MinaLima, the design studio behind the graphic props of the Harry Potter™ and Fantastic Beasts™ films.

Both the button and map will be available beginning November 1, 2020, while supplies last. Guests can pick up both in the UOAP Lounge in Universal Studios Florida from 11:00 AM to 4:00 PM. The button will also be available in Toon Extra in Universal’s Islands of Adventure during normal operating hours. Each Passholder is allowed one button and one map.