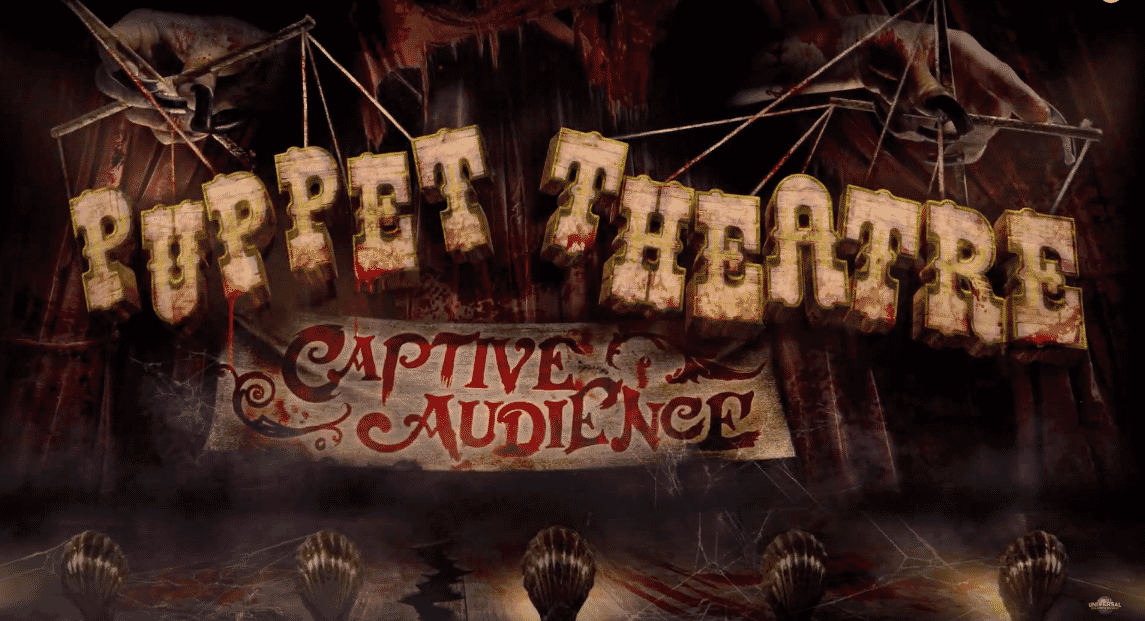 We are in the Grandeur Theatre in San Francisco… turn-of-the-century 1900s, this place has collapsed, and inside, this puppet troupe—Pesky’s Puppet Troupe from the Eastern European era—has come in to set up shop. Right as they were exiting, the ballet was also here, so these two groups have been… oh, and some patrons and stuff… when this collapsed, they were all trapped. So they all start losing their minds, and the puppet troupe begins taking the patrons, cutting them up, and turning them into puppets. It’s super gory in this house.

You can view the full behind-the-scenes special (Spoiler Alert: It does show full scenes within the house!) in the video below: