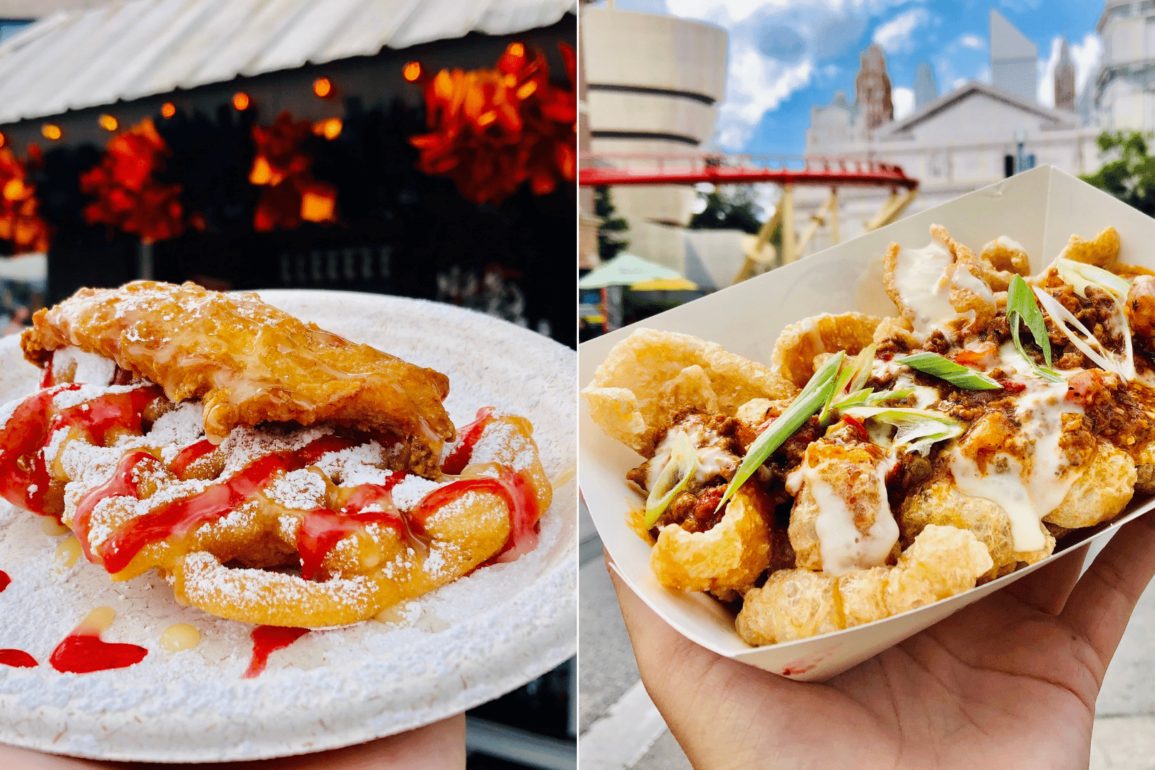 After getting tricked at Universal Orlando’s two new haunted houses, you might want to grab a treat. Thankfully, two food trucks have opened up in the New York section of the park near the houses. We already reviewed the Twisted Frank-N-Coils at one food truck, so let’s head to the second one for fried chicken and “brains”.

This truck is by Hollywood Rip Ride Rockit near the Universal Monsters house.

On this menu is Franken Fried Chicken & Funnel Brains and Electrofried Skin & Guts.

The “brains” with the Franken Fried Chicken is actually just funnel cake.

There are two types of sauce drizzled on top: strawberry and maple.

Our plastic fork even bent while we were trying to get a bite.

That being said, the funnel cake did have a nice flavor. It was like an undercooked waffle on the inside, almost like a hush puppy.

The chicken, on the other hand, was amazing.

The Electrofried Blood And Guts is actually pork rinds with queso and chili on top.

The pork rinds were hard, not even crunchy. They weren’t terrible, but it was work to eat them.

The toppings soften the pork rinds up a lot and make it easier to eat. There’s a ton of queso and chili, so you’ve got plenty of good stuff to scoop up.

The chili is flavorful, but not spicy at all.

It’s a fun twist on nachos, but you have to like pork rinds to appreciate it.

Would you try these snacks? Let us know in the comments.