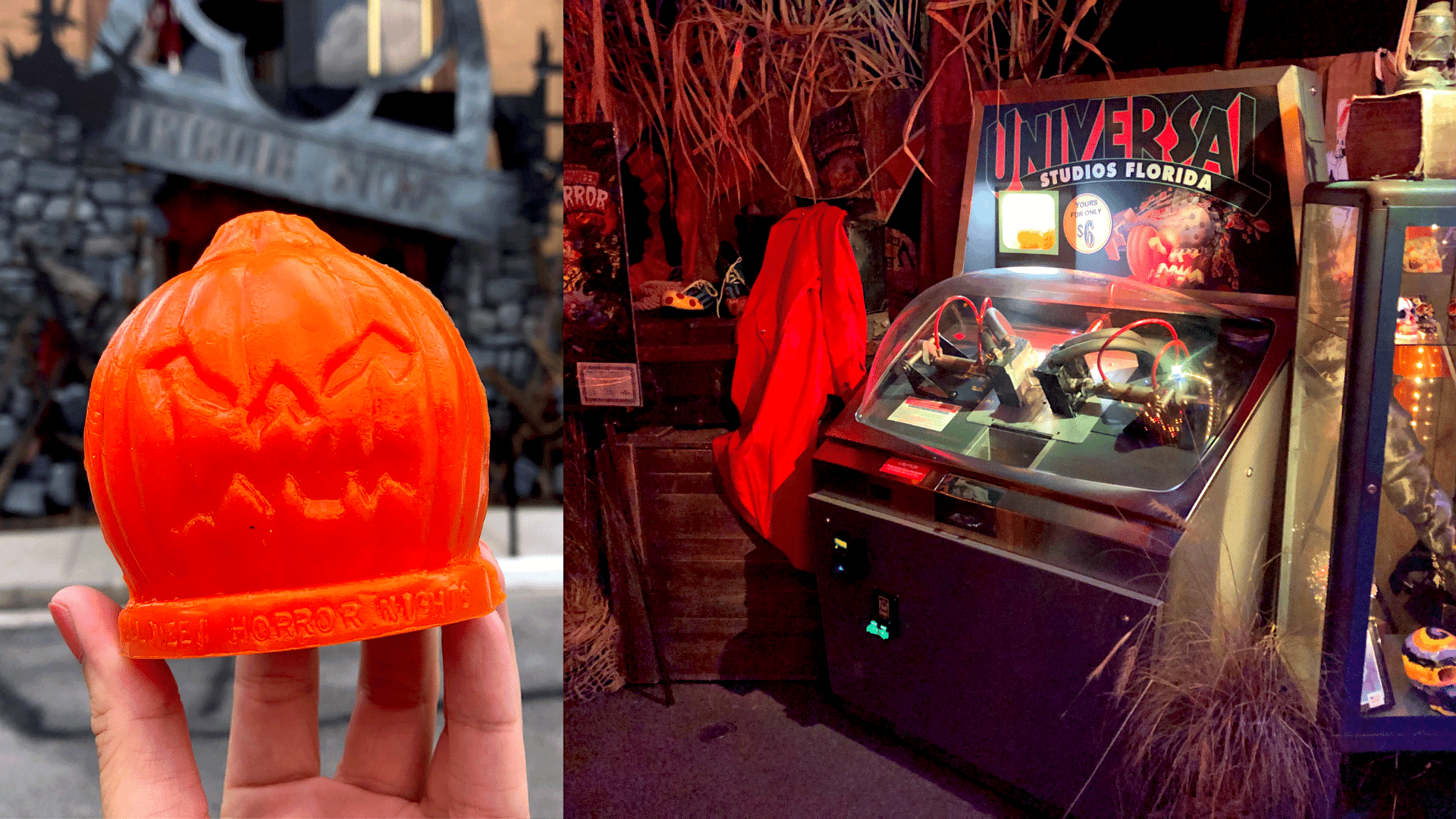 Deep within the Halloween Horror Nights Tribute Store inside Universal Studios Florida, you can now find a second Mold-A-Rama machine, this time themed to an icon of Halloween wherever you go—pumpkins!

The Tribute Store debuted a “Franken-Mold” Mold-A-Rama machine last month to go with the first Universal Monsters room, and now this machine is housed within the second room, known as Jack’s Carnival.

These pumpkins come out extra glossy, with “HALLOWEEN HORROR NIGHTS” lettering along the bottom. Due to a miscalibration with the machine, many are coming out with giant burn holes on the side, so Team Members are standing by with nicer ones for you to swap for.

On the back of the pumpkin, it says “UNIVERSAL STUDIOS”, making for a perfectly affordable souvenir and memento of this year’s weird Halloween season.

You can take a full tour of the Halloween Horror Nights Tribute Store in the YouTube videos below: