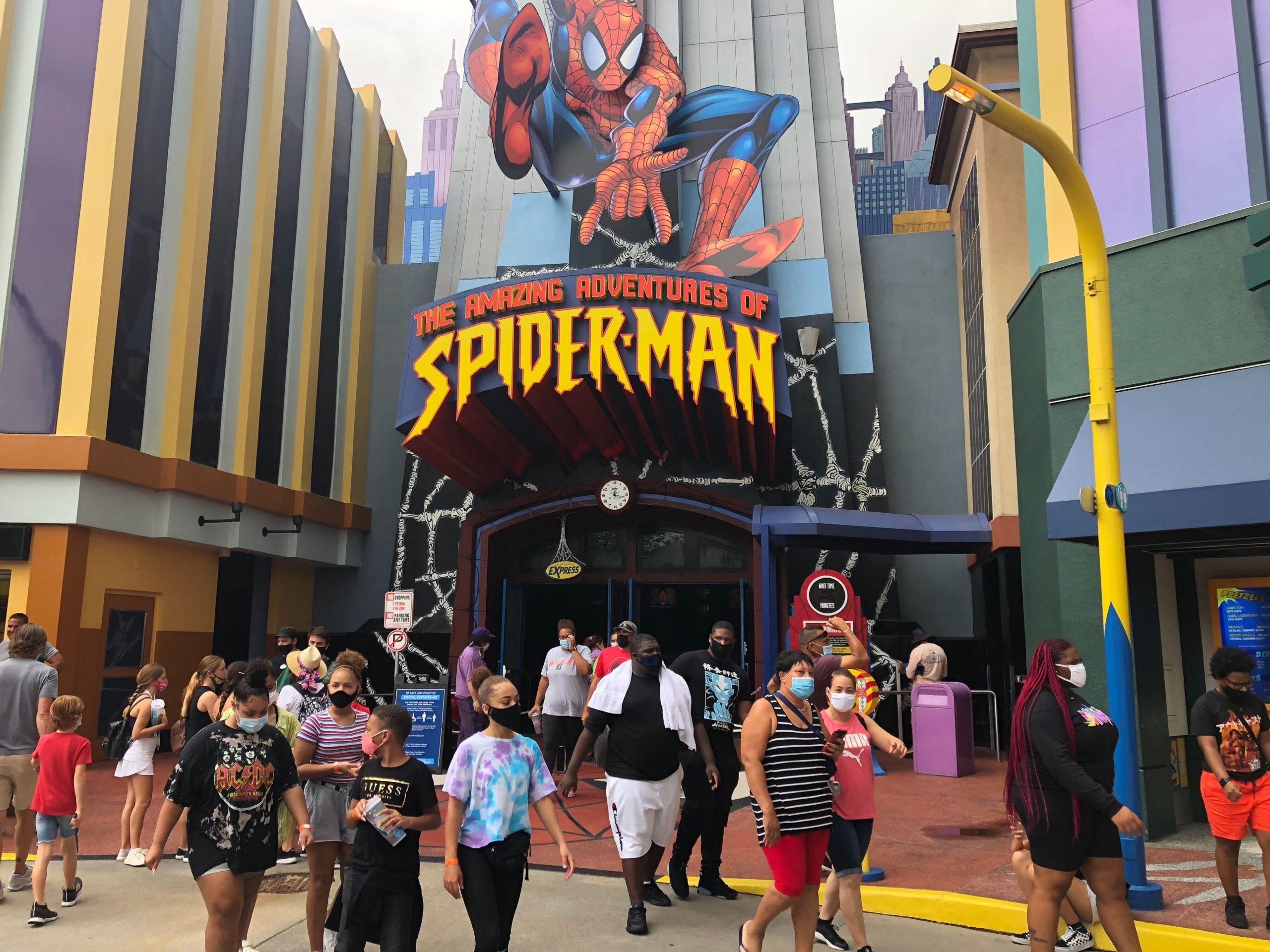 It’s a cloudy, overcast Sunday at the Universal Orlando Resort. Since Universal Studios Florida opens earlier than Islands of Adventure, we decided to start our day there, like many other guests. It’s a cloudy Sunday morning and the crowds don’t seem nearly as bad as last weekend.

Inside the Universal Studios Store near the entrance, we spotted a brand new face mask featuring Poppy from “Trolls” available in Extra Small, Small, and Medium for $6.

Weekends are always busier here at Universal Orlando, so we’ve been noticing more food locations opening to accommodate hungry crowds. This morning we stopped into the newly reopened San Francisco Pastry Company and grabbed a bacon, egg, and cheese sandwich on a croissant.

King’s Cross Station always has a long wait first thing in the morning as guests prepare to make their way over to Islands of Adventure. This morning, it was an 85-minute wait when we passed by.

The stage that appeared recently near Central Park Crepes still has barricades around it.

Across from the stage, the kiosks on the corner have been removed and there is some work being done on the ground.

The crowds seemed to pick up a little later in the morning, but they weren’t nearly as bad as we expected.

Over in Islands of Adventure, The Amazing Adventures of Spider-Man and Doctor Doom’s Fearfall were both closed temporarily due to technical difficulties.

If you’re looking for a fun place to get popcorn, check out the Interplanetary Popcorn cart in Marvel Super Hero Island. They have green popcorn!

There are some barricades around the small area near Chill Ice Cream.

The new lockers for Harry Potter and the Forbidden Journey are showing some small signs of progress from what we can see.

The park is much less busy than it has been the last few weekends, but maybe the potential rain has kept people away.

The Lost Continent has a lot of beautiful details that often get overlooked, including the face admiring its own reflection in the water.

In order to help make social distancing a little easier, rope barriers have been set up in front of the Seuss characters.

That’s all for this trip to the Universal Orlando Resort. We’ll be back again real soon, so make sure you stay tuned to Universal Parks News Today.