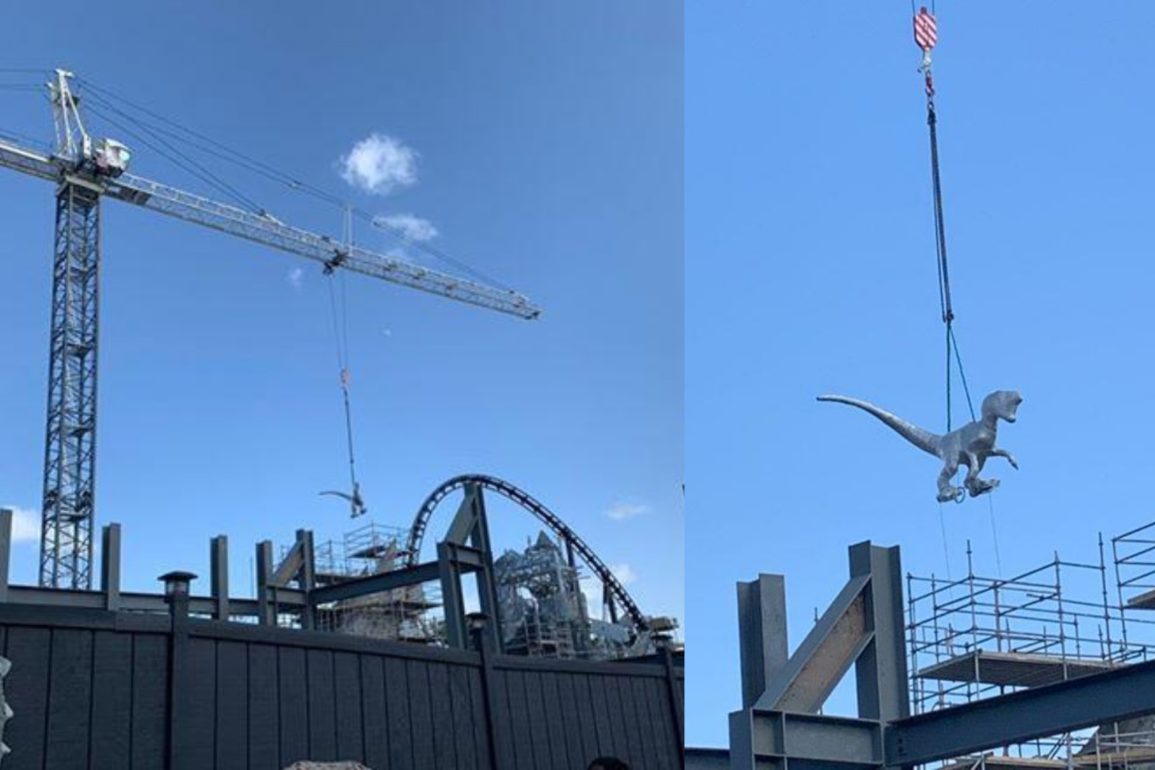 Clever girl… or should we say, clever girls? A second raptor has arrived at the upcoming “Velocicoaster” inside Jurassic Park at Universal’s Islands of Adventure, lowered onto the site via a massive crane.

Like the raptor from yesterday, it was fully encased in a protective plastic wrap.

Despite these visible advancements at the coaster site, the attraction remains officially unannounced, with no official grand opening date, although progress appears to be happening at raptor-like speed. Just earlier today, Universal Orlando Resort playfully teased its followers on Twitter with a vague caption regarding the up-and-coming coaster:

Once open, guests will travel at up to 60 miles per hour on the coaster, doing barrel rolls over the lagoon, passing by elaborate water features, and zooming dangerously past raptors on the loose. The coaster is set to follow the next evolution of the Jurassic Park storyline within Jurassic World, hence the abundance of raptors.

You can watch the breathtaking raptor installation process in our YouTube video below:

Are you looking forward to the official announcement and opening of the “Velocicoaster” at Jurassic Park inside Universal’s Islands of Adventure? Let us know in the comments.