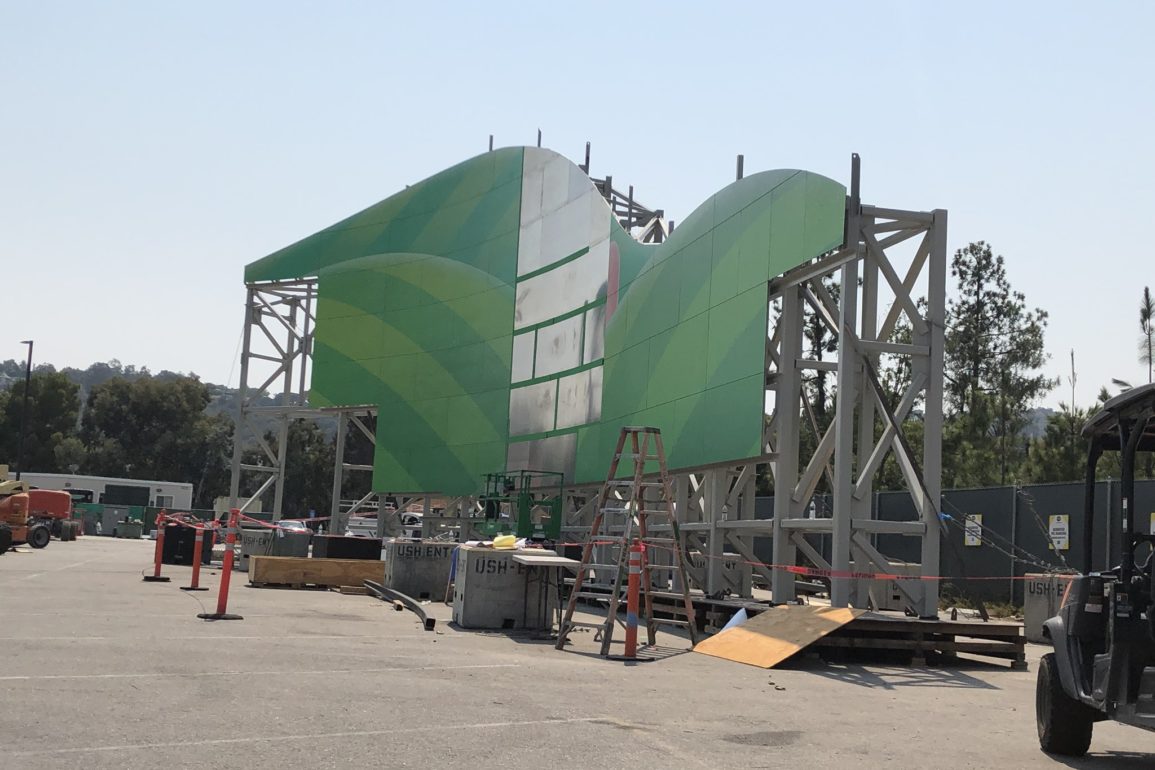 Universal Core speculates that the pieces seen just over this fence could be elements of a Yoshi shop.

An impressive mountain facade piece has been erected.

The mountain set piece is being assembled at Falls Lake, a Universal Studios lot.

Bowser’s Castle is also visible from the ET parking structure.

Bowser set pieces were visible through the green scrim. They are duplicates from Super Nintendo World at Universal Studios Japan, which is currently delayed.