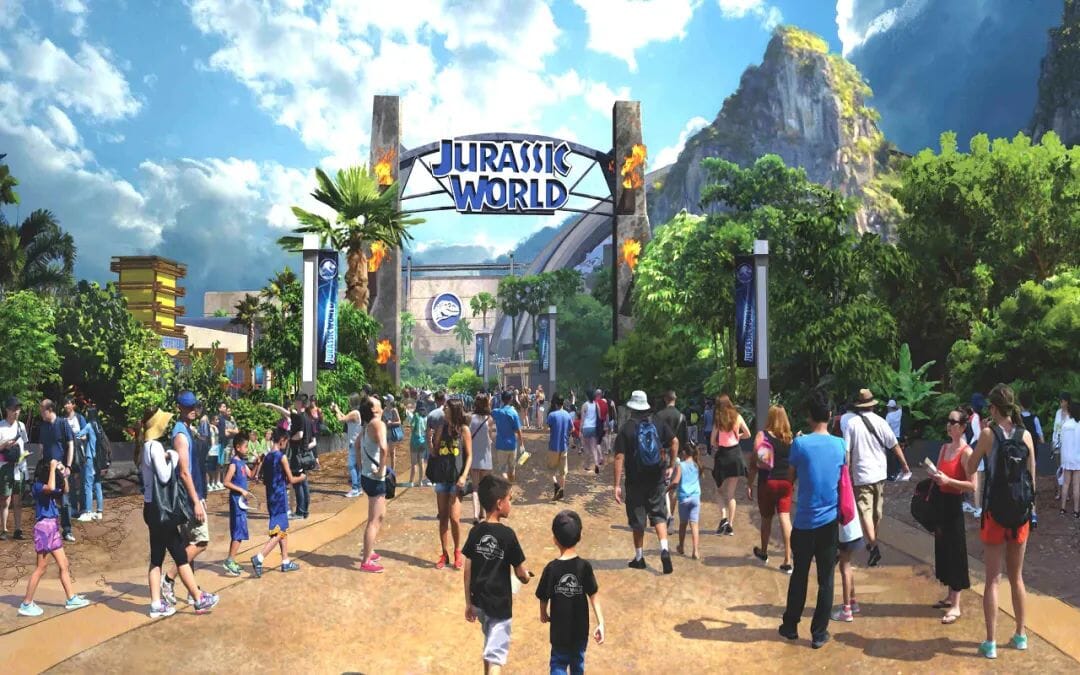 With construction on Universal Beijing Resort is going strong, new concept art for Jurassic World Isla Nublar has been revealed.

Concept art was revealed during a recent China State Construction Engineering Co. meeting, depicting the grand archway guests will walk through as well as lush mountains and foliage. The land is inspired by the blockbuster film Jurassic World, and is said to have a dark ride in lieu of the River Adventure ride currently at Universal’s Islands of Adventure and Universal Studios Florida.

Images recently surfaced of the dark ride’s various set pieces and ride vehicles, which will utilize the same ride system used for other Universal Studios attractions, like The Amazing Adventures of Spider-Man.