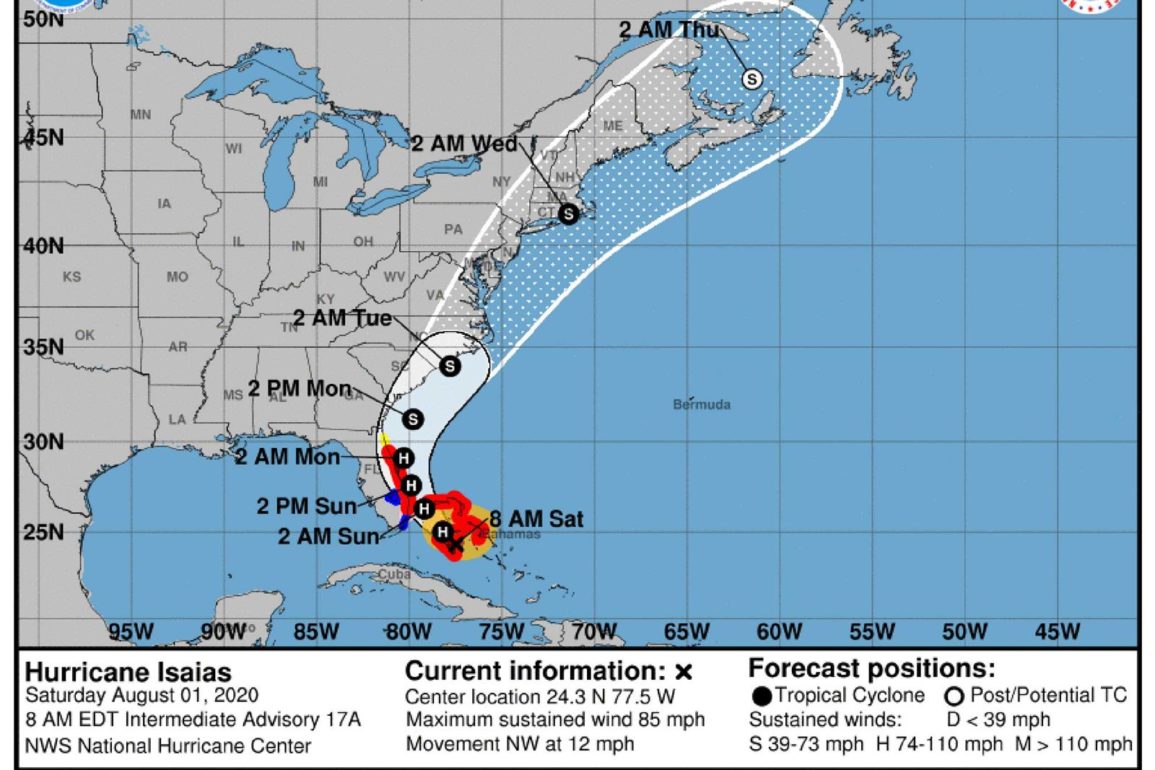 Hurricane Isaias has been gaining strength in the Atlantic Ocean. It is currently projected to remain a category 1 storm, though it’s possible that could change.

According to the National Hurricane Center, Isaias was about 50 miles south-southwest of Nassau, Bahamas this morning. Isaias was moving northwest at 12 mph and has sustained winds of 85 mph. Several counties on the east coast of Florida are under State of Emergency as the storm approaches.

Central Florida, including Walt Disney World and Universal Orlando Resort, is currently under a tropical storm warning. Central Florida will be experiencing winds up to 55 mph and rain tonight into Sunday.

If the storm remains on its projected path as a category 1, theme parks in Central Florida will most likely not close. However, hurricanes can sometimes drastically change paths without much warning.

Just this morning, Guests staying at Disney’s Fort Wilderness Resort & Campground were asked to bring items that were being stored outside indoors, and those camping in tents were being relocated elsewhere as a precaution.

Walt Disney World and Universal Orlando’s Hurricane Policies state that a Hurricane Watch or Warning must be issued for cancellation or change fees to be waived. You can check for any further updates from the National Hurricane Center here, and read up on Walt Disney World’s hurricane policy here.